There’s Content: Five Years of the Masters of Fine Arts in Experimental & Documentary Arts celebrates the fifth anniversary of Duke University’s MFA program with a joint exhibition at the Power Plant Gallery and The Archive of Documentary Arts in the David M. Rubenstein Rare Book & Manuscript Library.

The Power Plant Gallery will feature work made by alumni and the Class of 2017. There’s Content includes 30 alumni – and soon to be alumni – exhibiting film/video, photographs, silkscreens, sculptures, and installations, showcasing both work made while students, and new pieces completed in the years after graduation.

We look forward to seeing you at both galleries and events!

We begin with the idea that there is always “content,” whether in our admirations or in our discontents. We search out and find our content in our passing observations of the actuality within life around us. While we arrive at the subject of our expressive art with the wonder and admiration of affirming poets, we also see corners of the world that foster such discontent that we make that the partial—or maybe the entire—locus of our artistic content. Content, of course, is more than merely the subject matter of our work, though the subject matters greatly. And content is certainly more than the strictest sense of form within the work though we all labor to find just the appropriate form, a shape that is suitable to us and the world our art represents.

The work in the expansive exhibition There’s Content comes to us through the confluence of this remarkable community of artists, the mixing waters of the experimental and the documentary, the personal and the cultural, the analog and the digital, the acts of reportage and the imagination, the focus on self and the interest in others, the ideas of home and the lure of the far away. There are no neat lines of demarcation for any of this. Our MFA|EDA ideas of the experimental range from the quest for new forms or structures to the embrace of a new medium to the inquiry inherent in acts of documentary fieldwork—a path that by its nature leads to a surrendering of control and the willingness to collaborate with what we discover.

As all documentary art is characteristically local in origin—coming from somewhere, marked however lightly or obviously by place—we find ourselves attempting to be true to the moment, knowing of the time, fully in the locale while making work that travels far, once out of our hands evolving to a life beyond original intent. The work here, representing five full and fertile years of our MFA|EDA program, is the result of this merging, these many tributaries flowing together, blending. Many of the artists who have come through this program studied the history and theory of experimental and documentary as it is found in our collective archive. They visited the riches of special collections while also taking to the streets. Most lasting, however, are ways in which the individual motivations of these artists—their impulse, agendas, and stories—have in five relatively short years deepened that growing archive, making distinctive marks on the walls of creative expression, mapping new waters of content and discontent, giving us all new windows through which to view the many places, lives, and memories that surround and sustain us.

Eudora Welty said it fully when she wrote of that “wonderful word confluence: which of itself exists as a reality and a symbol in one. It is the only kind of symbol that . . . has any weight,” she continued, “testifying to the pattern, one of the chief patterns, of human experience.”

Tom Rankin
Professor of the Practice of Art and Documentary
Director, MFA|EDA @ Duke 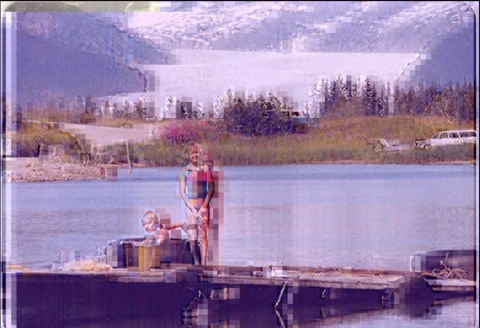