Evolutions Digressions explores the diversity of the Master of Fine Arts in Experimental and Documentary Arts Program through the range of student work.

Roxanne Campbell
Divine
Digital Archival Prints
20x31”
Informed by history of fraternal organizations included in the photographic series, this work began with the intent to document the ritualistic natures of these groups. Instead, I found myself, as represented in this small sample of images, drawn to the individuality of the members of the fraternities and sororities and their expressions throughout the common group rituals in which they participate. Divine is a series of images representing one of the longest running organizations in African American History. These black Greek lettered organizations are often referred to
as “The Divine Nine” and together they are the members of the National Pan-Hellenic Council.

Alex Cunningham
Stroma Island
Time: 9:27, looping
In 1962, the last twelve remaining native islanders left Stroma Island forever, while the final abandonment came in 1997 when the lighthouse keeper, and his family, quietly departed. No one knows where and when the ancient stone structures on Stroma are from, while a Norse presence around 900 years ago is recorded in the epic Orkneyinga Saga.
Some of the fibers circle the circumference of the iris and the majority radiate towards the pupil. The stroma connects to a muscle which contracts the pupil in a circular motion, and a set of dilator muscles pull the iris radially in folds to enlarge the pupil. It used to go only in one direction: from light to dark (overwhelm to blinder, bright to focused). But now it flows back and forth. The tides at Stroma do this, revealing pink sandstone that black seals rest on. The iris does this, and we call it pupil dilation. Time does this too, within the ever expanding light and dark. A human life at a quarter century.

Tamika Galanis
6:51, looping
Junkanoo in The Bahamas has often been referred to as the “pulse of the Bahamian people.” Rooted in slave tradition, it is not only the largest Bahamian cultural identifier, but also the most avant-garde holdover expression of the African Diaspora in these islands. Carnival—generally celebrated worldwide as a precursor to Lent—maintains a tie, albeit miniscule, with the indoctrination of slaves to Christianity. It is rumored that Junkanoo festival timing in The Bahamas remains as an additional form of resistance of the slaves to assimilate to the culture being forced upon them after
entering the “New World.” The introduction of Carnival culture in The Bahamas marks a peculiar time in Bahamian history (2015). To outsiders Carnival and Junkanoo may seem synonymous because the aesthetics are similar, but there are very distinct differences. Carnival in other Antillean societies last for days on end culminating in a large road
march while Bahamians prepare for months for two large street festivals ushering in Boxing Day and Independence Day. One of the most apparent differences between these two festivals is the sound. Junkanoo is marked by the rhythms of the goat-skindrum, cowbells and the horns (including conch shells), which is much different from the sound of Carnival —largely soca music. We are being challenged to examine the cultural lens through which we see ourselves —are our efforts to hold on to what is uniquely Bahamian futile? Do we accept the impending changes
because we are also Antillean or do we resist one more time?

Michaela O’Brien
Miscellaneous Voices
3:03, looping
Ms. Ellenora Barker, age ninety-four, describes Love Valley, North Carolina through the lens of her Alzheimer’s disease. Love Valley is known as the only cowboy town east of the Mississippi and was founded by she and her husband in 1954. The jostling frame and alternating image speeds of this optically printed 16mm archival film reel focuses attention on the instability of each static frame in a moving image.

Michaela O’Brien
Digital Archival Prints
24x31”
In Love Valley, North Carolina, history and memory converge. Founded in 1954 as a Christian cowboy utopia,
this .2 square mile town serves as a microcosm of American performance and star-bangled vision corrupted by failing
memory. Yet, much of it’s past has been preserved, in boxes and cabinets, labeled and organized in a small, dusty, wood-planked room, on reels and reels of 16 and 8mm film and beautiful medium and large format negatives, barely accessed. These images were originally photographed by Pop Harris, who lived in Love Valley during the mid to late 1950’s. By purposefully layering and juxtaposing negatives on a flatbed scanner, images of presentation and showmanship take on newly layered meaning and aesthetic virtue.

Jason Oppliger
ouroboros element 1
Water, projected light, mirror, digital .mov file, fountain From the Sun and the colors illuminated by the Sun, species flow until for whatever reason, they fall on an opaque medium, where they paint their source: and vision is produced, when the opaque scene of the eye is painted this way, for there are certain passions of light illuminating and altering the screens of the eye through which colors of light are not only poured upon but are also imprinted. jasonoppliger.com

Jason Oppliger
ouroboros element 2
Water, projected light, mirrors, digital .mov file, MiniDV camera, RCA composite cables, hydrophone, VCR, TVs,
coaxial RF connectors.
There was nothing outside of him to be seen. There was nothing to be heard. And there was no surrounding atmosphere to be breathed, since there was nothing which went from him or came into him: for there was nothing beside him. And all that he did or suffered taking place in and by himself. The movement suited to his sphericality and he was made to move in the same manner and on the same spot, within his own limits revolving in a circle. And as this circular movement required no feet, therefore the universe was created without legs and without feet. jasonoppliger.com

Jason Oppliger
Communicated Content
Magnetic tape, VHS player, television
The tape is pulled from the supply reel by a capstan and pinch roller. The tape passes across the erase head, which wipes any existing recording from the tape. The tape is wrapped around the head drum. The head on the spinning drum records one field of video onto the tape, in one diagonally oriented track. The tape passes across the audio and control head, which records the control track and the linear audio track. The tape is wound onto the take-up reel through torque applied to the reel by the machine. A sugar substitute doesn’t merely signify sweetness but awakens
the sensation we associate with sugar. jasonoppliger.com

Dan Smith
Digital Archival Prints
13x19”
Time can be a funny thing. We spend our lives staving off the effects of time, on ourselves and the world we create. But when abandoned to the effects of time, the buildings, the homes, the playgrounds we create, find new, unintended purposes. Once can imagine the way it touched the lives of the people who studied, lived, played and worked within its halls as my images bear witness to the new lives these buildings have assumed through neglect. There is a catharsis, for me, in the quiet trauma that a building has suffered over time — a visual, externally-apparent physical trauma that contrasts the internal, invisible trauma I have been working through over the past year.

Wei Wang
Among the Hidden
Digital Archival Prints
24x36”, 17x24”
In the last two decades, China has continued to open itself upto the world — as part of plans to raise living standards in some rural provinces in this hidden country. At the beginning of this project I had expected my photos would be colorful harsh strong light and “China Red”, but most of the days in China it shrouded in a pollution haze, then i see this hazy weather which serves as a “Gift”, and then, it end up with a black and white project. This is a project about the metaphor for today’s China with all its mysteries - A map of economic growth and of hope for the future, but it also breathes with history, social change and the exploitation of nature. All this is true for the whole of today’s China, it appears to be haunting but when you’re in the middle of it, you don’t see that so much anymore. The things far away are partly or completely hidden — we have expectations but we don’t really know. 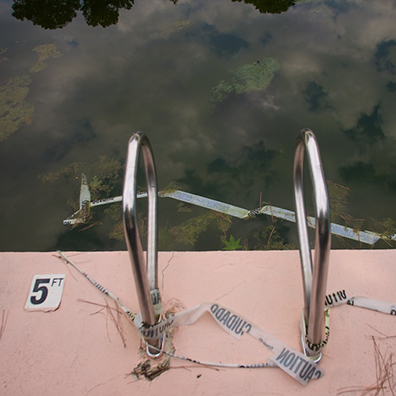