Collecting a Decade of Fears

In fall of 2003, business cards were freely dispensed at 30 pay phone booths around the city of Chicago. The cards invited participants to dial a toll-free number and describe what they were most afraid of. The toll-free number was operational for two months and resulted in over 200 responses, which were then compiled onto an audio CD and broadcast on WLUW (88.7fm).

The Name is not the Thing named

In support of ideas that are essentially common, but to which language does not easily adhere, The Name is not the Thing named was an exhibit that included a looping video and six large digital prints onto vinyl (various sizes, from 16” x 20” to 96”’ x 60”). The video and the stills depict places that are both themselves and stand-ins for others. The show title is taken from Aleister Crowley’s 1918 translation of the Tao Te Ching.

How Among The Frozen Words

Inspired by a chapter in Francois Rabelais’ 1653 epic novel Gargantua & Pantagruel wherein Pantagruel finds that the explosions, cries and other sounds generated from a battle that had occurred the year before have been frozen into discernable shapes – and that the sounds can be released upon the breaking or melting of the frozen forms.

It Will Die Out In The Mind

A short meditation on the possibility of spiritual existence and the paranormal in our information age. Texts are lifted from Andrei Tarkovsky’s film Stalker in which the Stalker’s daughter redeems his otherwise doomed spiritual journey. She offers him something more expansive and less explicable than logic or technology as the conceptual pillar of the human spirit. The title is taken from a passage about time from Fyodor Dostoyevsky’s The Possessed:

Stavrogin: ...in the Apocalypse the angel swears that there'll be no more time.

Kirillov: I know. It's quite true, it's said very clearly and exactly. When the whole of man has achieved happiness, there won't be any time, because it won't be needed. It's perfectly true.

Stavrogin: Where will they put it then?

Kirillov: They won't put it anywhere. Time isn't a thing, it's an idea. It'll die out in the mind.

Sometimes the supernatural lingers plainly in the most ordinary places, secret only in so much as its trace goes unnoticed. Both a letter to a cancer stricken alchemist-filmmaker friend, and a quiet tribute to the vanishing art of celluloid, The Magician’s House is full of ghosts. Including that of Athanasius Kircher, inventor of the Magic Lantern or “Sorcerer’s Lamp”. The music, “La lutte des Mages” (The Struggle of the Magicians) was composed by Armenian mystic Georges Gurdjieff and Thomas De Hartmann. Gurdjieff thought man was a "transmitting station of forces." To him, most people move around in a state of waking sleep, so he sought to provide aural conditions that would induce awareness.

Deborah Stratman is a Chicago-based artist and filmmaker interested in landscapes and systems. Her films, rather than telling stories, pose a series of problems – and through their at times ambiguous nature, allow for a complicated reading of the questions being asked. Much of her work points to the relationships between physical environments and the very human struggles for power and control that are played out on the land. Most recently, they have questioned elemental historical narratives about faith, freedom, sonic subterfuge, expansionism and the paranormal. Stratman works in multiple mediums, including sculpture, photography, drawing and audio. She has exhibited internationally at venues including the Whitney Biennial, MoMA NY, the Pompidou, Hammer Museum, Witte de With, Walker Art Center, Yerba Buena Center, and has done site-specific projects with the Center for Land Use Interpretation, Temporary Services, Mercer Union (Toronto), Blaffer Gallery (Houston), Klondike Institute of Art & Culture (Yukon) and Ballroom Gallery (Marfa). Stratman’s films have been featured at numerous international festivals including Sundance, the Viennale, Full Frame, Ann Arbor, Oberhausen and Rotterdam. She is the recipient of Fulbright and Guggenheim fellowships, a Creative Capital award, and she currently teaches at the University of Illinois at Chicago. 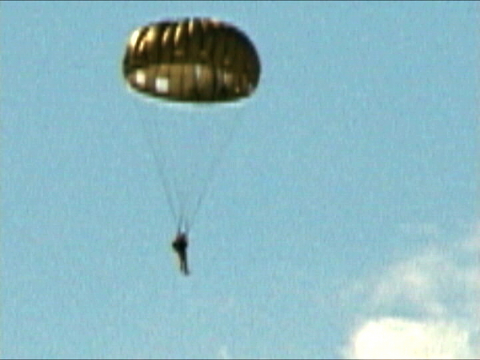